Egypt’s power and influence reached a peak during the 18th Dynasty. The military campaigns of Thutmose I and III had allowed Egypt to take control of the territories and the people to the north and south; vast wealth poured into the country in the form of tributes from the subjugated. 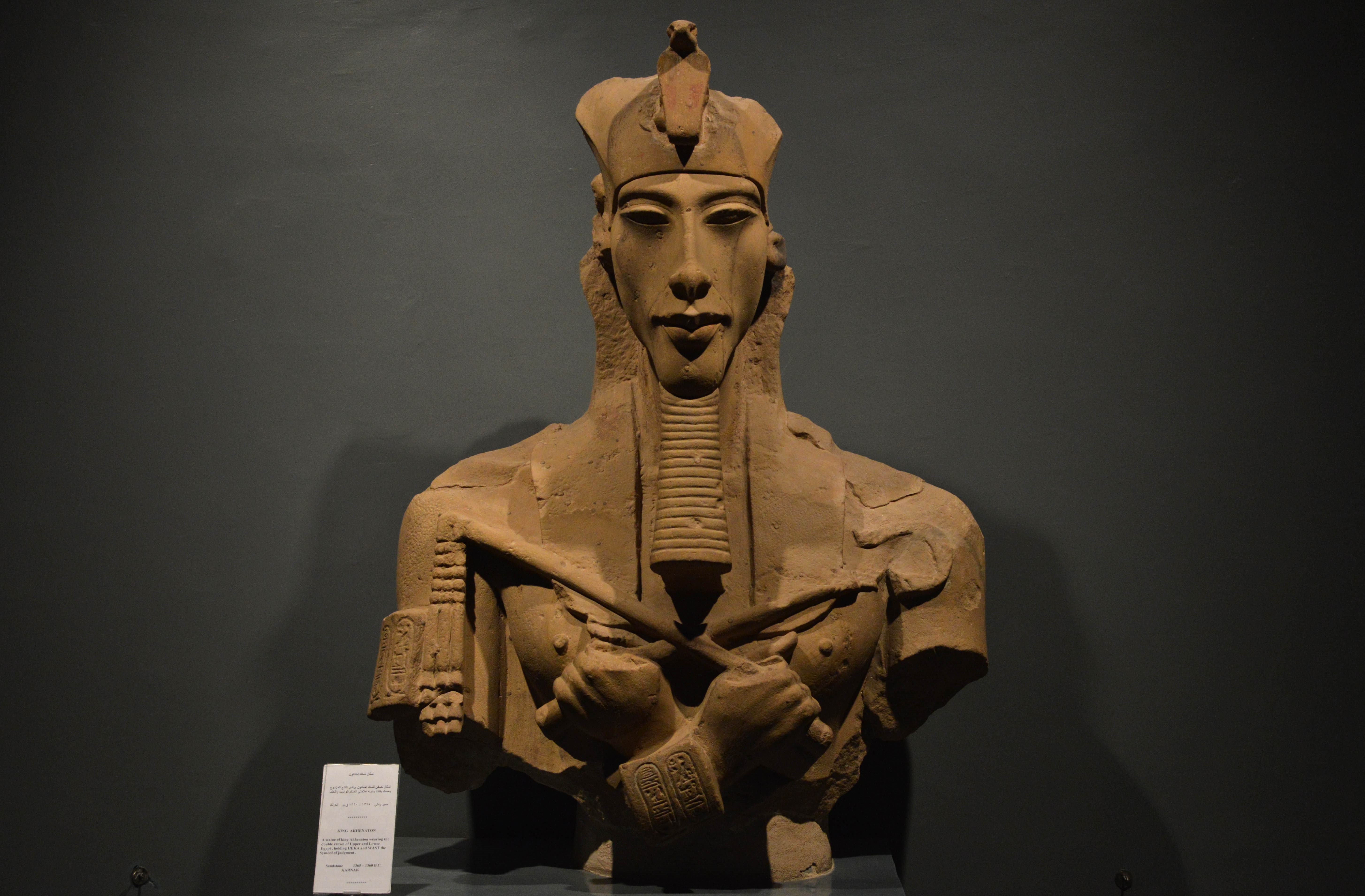 At the top, pharaoh was as powerful as ever, and ever more divine. And then, in a few short years the tenth pharaoh of the line, Amenhotep IV, turned the country on its head. He built new temples on virgin soil at Karnak, in a new style with decoration showing himself and his wife, Nefertiti, elevated to much greater prominence than was conventional.

Colossal statues of the king broke all artistic conventions, showing the king with exaggerated features, looking almost grotesque. After a few years he gave himself a new name – Akhenaten – ‘effective for the Aten’, and set about building an entirely new capital city – Akhetaten - the ‘Horizon of the Aten’ - on virgin soil at a place we now call ‘Amarna’.

Just over a decade later, Akhenaten died and the old ways were soon restored, and Akhenaten deliberately forgotten. His aims remain unclear but in art and literature, things were never the same again.

This was ancient Egypt’s punk rock moment, revealed by Egyptology to have been one of its greatest stories.

Suitable for adults and teens ages 15 and up. Free event and bookings are essential.

The earliest European travellers to Egypt knew very little of what ancient sites and monuments they would encounter there.